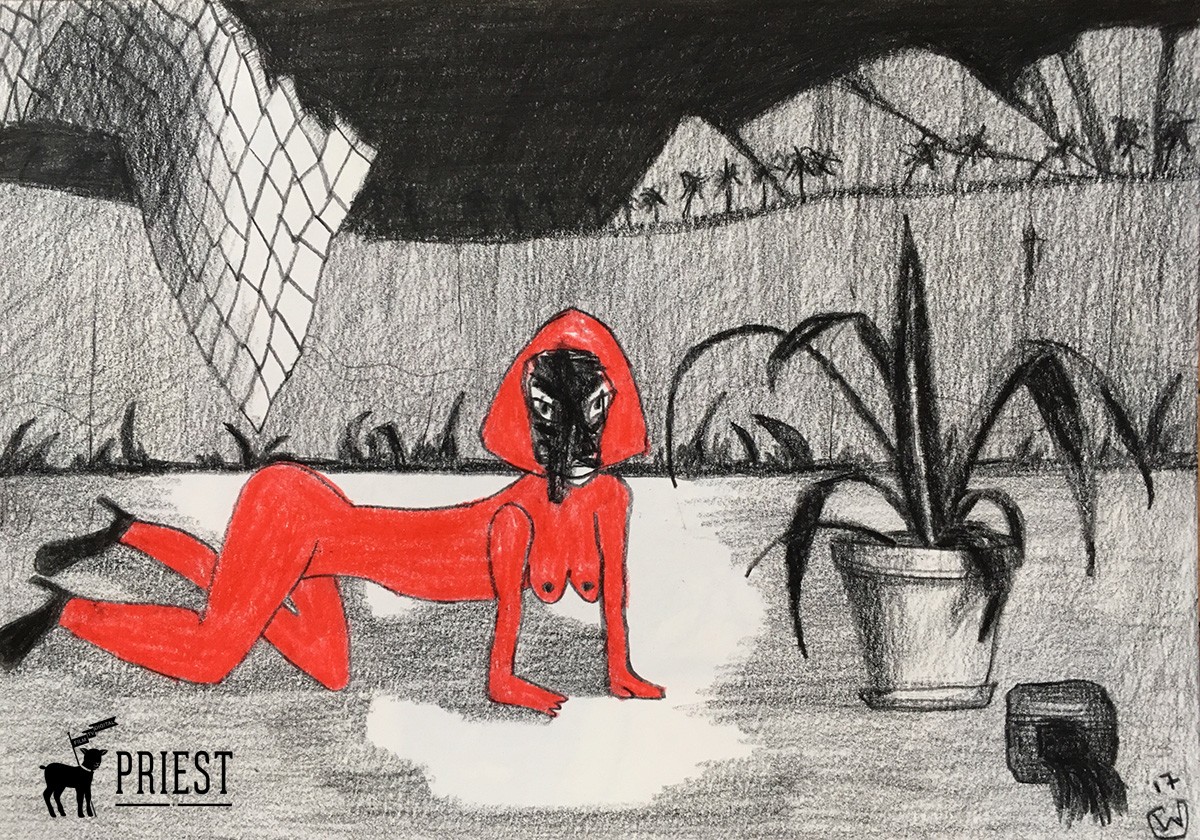 OhFuckWhatNow: A new body of work comprised entirely of drawings by Wilhelm Saayman
Curated by Alison Shaw and Wayne Matthews

The exhibition consists of three parts. The first is a ‘life alphabet’ that gives insight into the artist’s existence at this point in time. Divorce, karma and skating make an appearance and are rendered in a purposefully craft-like manner. There is a strong emphasis on the imperfection that surrounds the act of creating.

The second part of the show picks up from Saayman’s show in 2015 at John Nankin’s Zink gallery in Cape Town. Each work is a self-contained narrative; meticulously rendered, primarily in black and white with the occasional smattering of colour.

The third part of the show is a ‘process wall’ of unframed drawings, installed so as to emulate the studio where work is created and moved about: referenced, added in part or whole to new pieces. It’s a cycle of birth and rebirth that mirrors our own journey through this life.