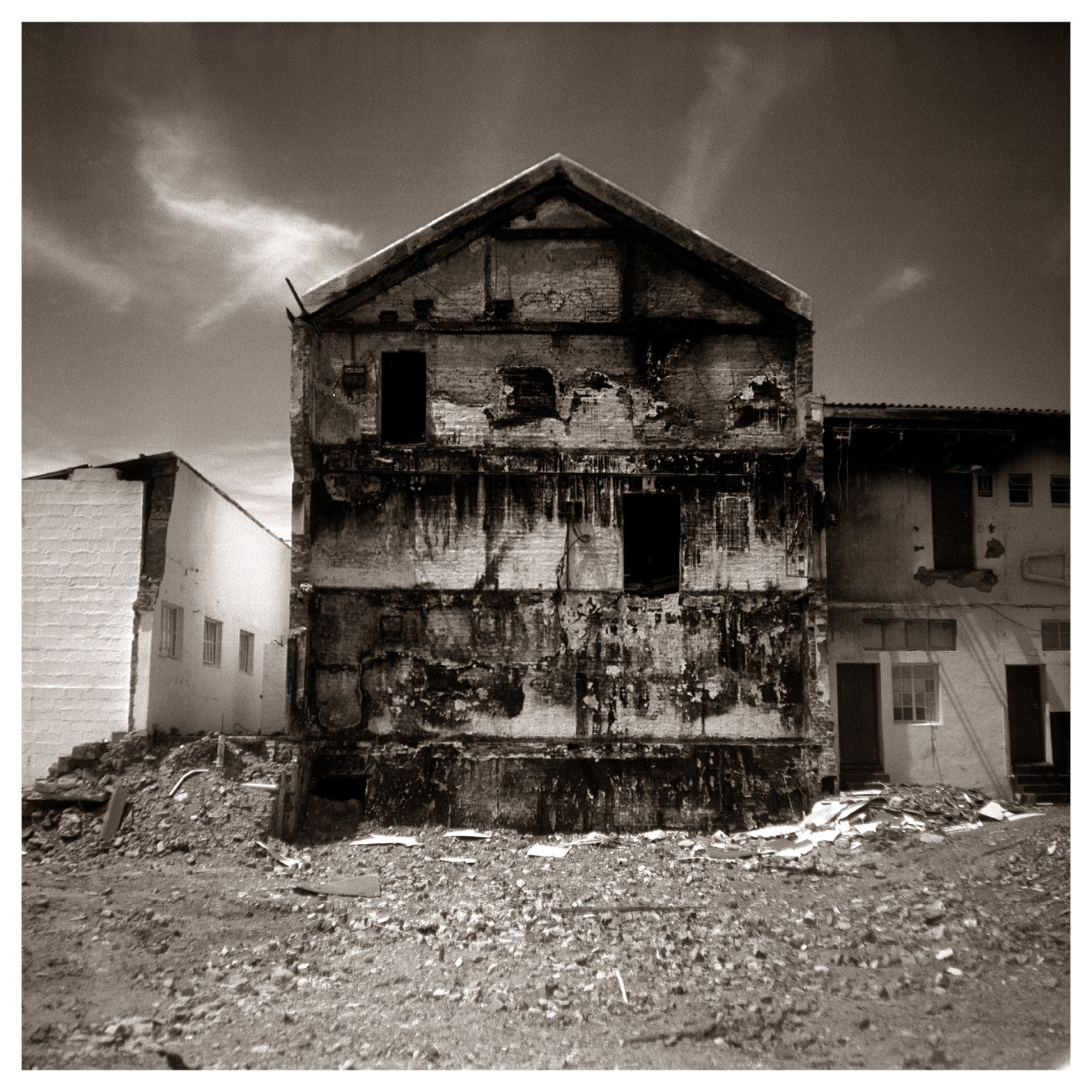 Periphery: An exhibition of photographs by Tim Hopwood
in collaboration with Mikhael Subotzky’s solo “WYE”

‘PERIPHERY’ is a photographic exhibition by Tim Hopwood in collaboration (peripherally) with Mikhael Subotzky’s solo, ‘WYE’ which is on at the Goodman during the month of March. The parallel exhibitions, WYE and PERIPHERY, share the geography of the Eastern Cape, physically and as a metaphoric site of vast disruption, as a space of Colonial Ingress, contemporaneous turmoil, as intersection of fiction and fact, and, as a space of contradiction.

WYE consists of 3 films playing simultaneously on three separate screens. Senior editor at Priest, Matthew Swanepoel, interweaved and overlapped the sound and dialogue from each film to allow for seamless transition between each film.

A fictional drama of 3 parts, each event in WYE is set in a different period of history,  all playing out simultaneously on the same location, a lonely lighthouse beach on the Eastern Cape coast. WYE attempts to interrogate the colonial project and specifically it’s relationship to land . Essentially trying to tear a hole through historical time, WYE exposes the false tone of absoluteness and questions the certainty that western science has always claimed to have.

WYE was produced by Good Cop and Tim Hopwood and Ismaeel Solomons were in charge of the art department.

Tim Hopwood’s exhibition draws work from three separate bodies of: SHIFT, NARRATIVE FICTIONS and THIS IS WHERE THE KING CAME. Tim’s photographs have consistently and critically explored the Eastern Cape’s complex social, political and anthropological landscapes.