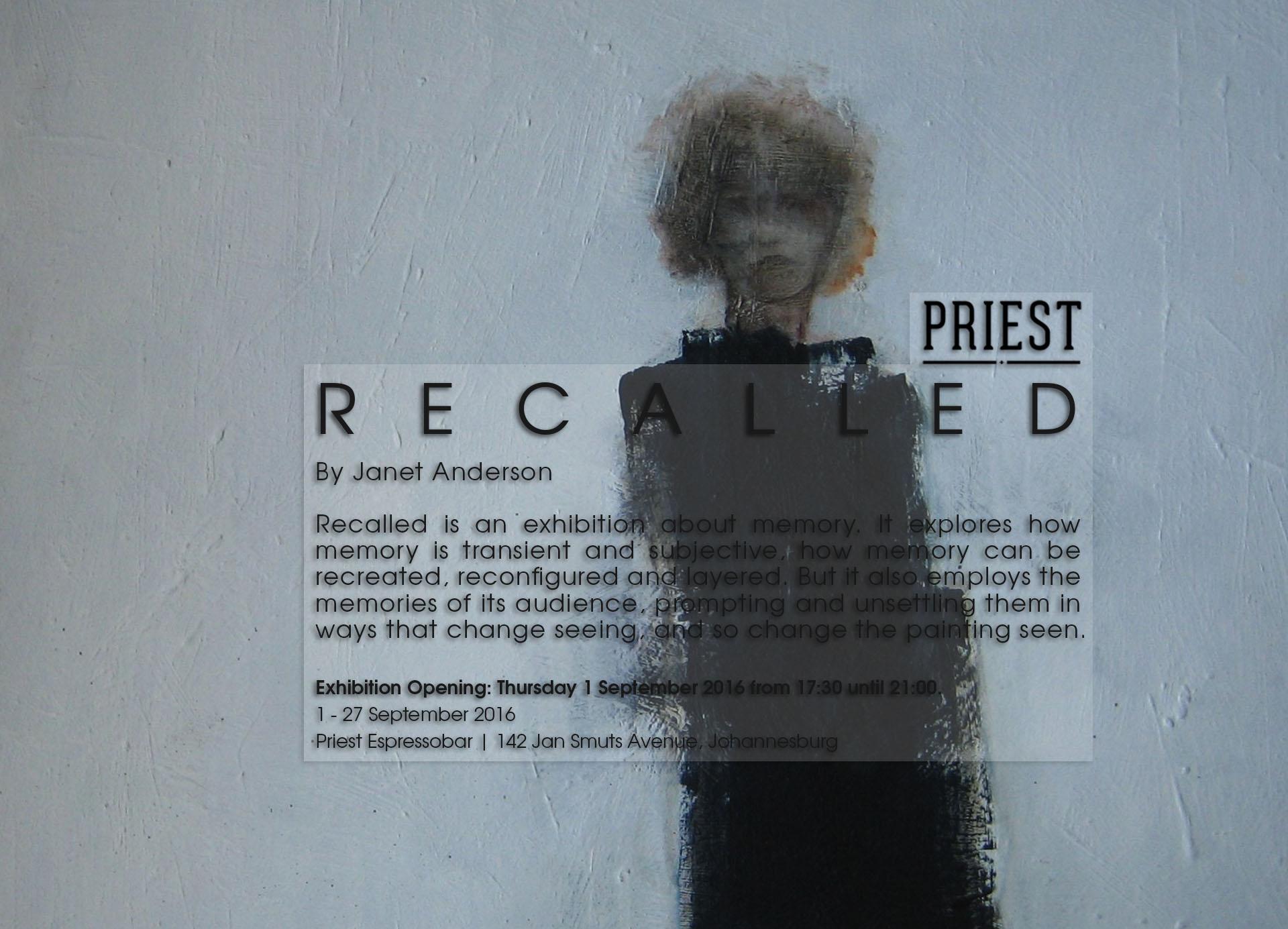 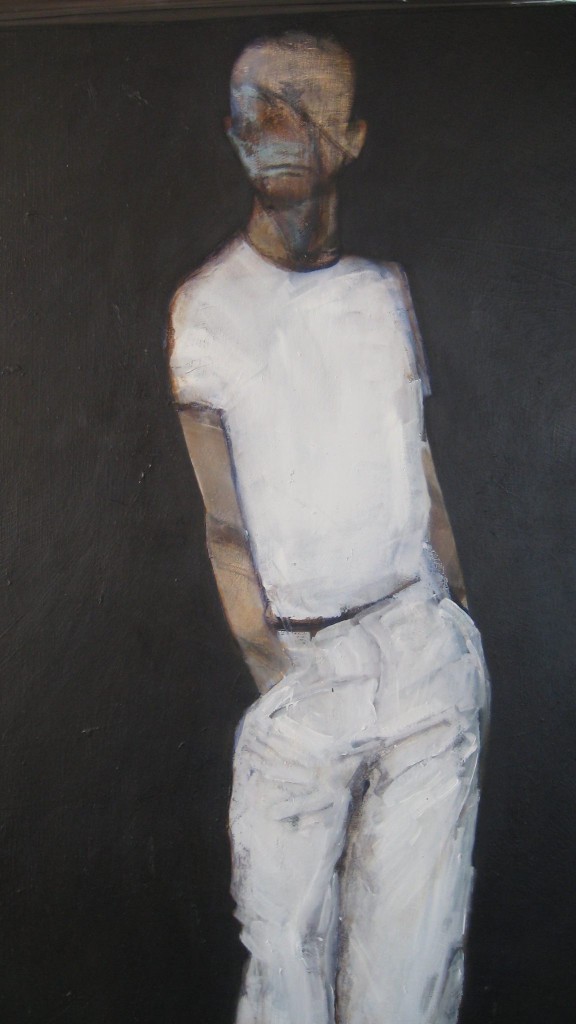 Recalled is an exhibition about memory. It explores how memory is transient and subjective, how memory can be recreated, reconfigured and layered. But it also employs the memories of its audience, prompting and unsettling them in ways that change seeing, and so change the painting seen.
Photos in a family album capture just one fleeting moment of truth. What happened before and after becomes everybody’s own story. The silence of paintings is matched by the noise that erupts among them and between them and those that see them. The stories of memory are the same: they lie silent in the self until they’re told; after that they multiply and grow loud. The memory of memories is like an echo. Many of these paintings have the quality of echoes. They echo on the eye.
The process of painting – the building up, the wiping away – mirrors the process of trying to make sense of memories. The paintings here invite an audience to participate in this process. An audience is encouraged to stand before the paintings and recall their own stories. The paintings will tell what they can of their truth; they will force you to strain to catch your own.

After obtaining my Bachelor of fine art at Rhodes University I went on to teach art to high school students. First at Livingstone High school, Cape Town, and later at Waterford Kamhlaba United World College, Swaziland. Inspired by the creativity happening in my art room, I decided to leave teaching and pursue my own artistic endeavours.
Back in Cape Town I painted full time and held informal group exhibitions from my home. This generated the concept of these four walls, a gallery space that could be impromptu, accessible and dynamic. For four years I ran and curated solo and group exhibitions at these four walls in Observatory, Cape Town, while continuing to paint in the background.
It was only after completing the Post Graduate Diploma at Michaelis School of Fine Art that my primary focus once again became my own painting.