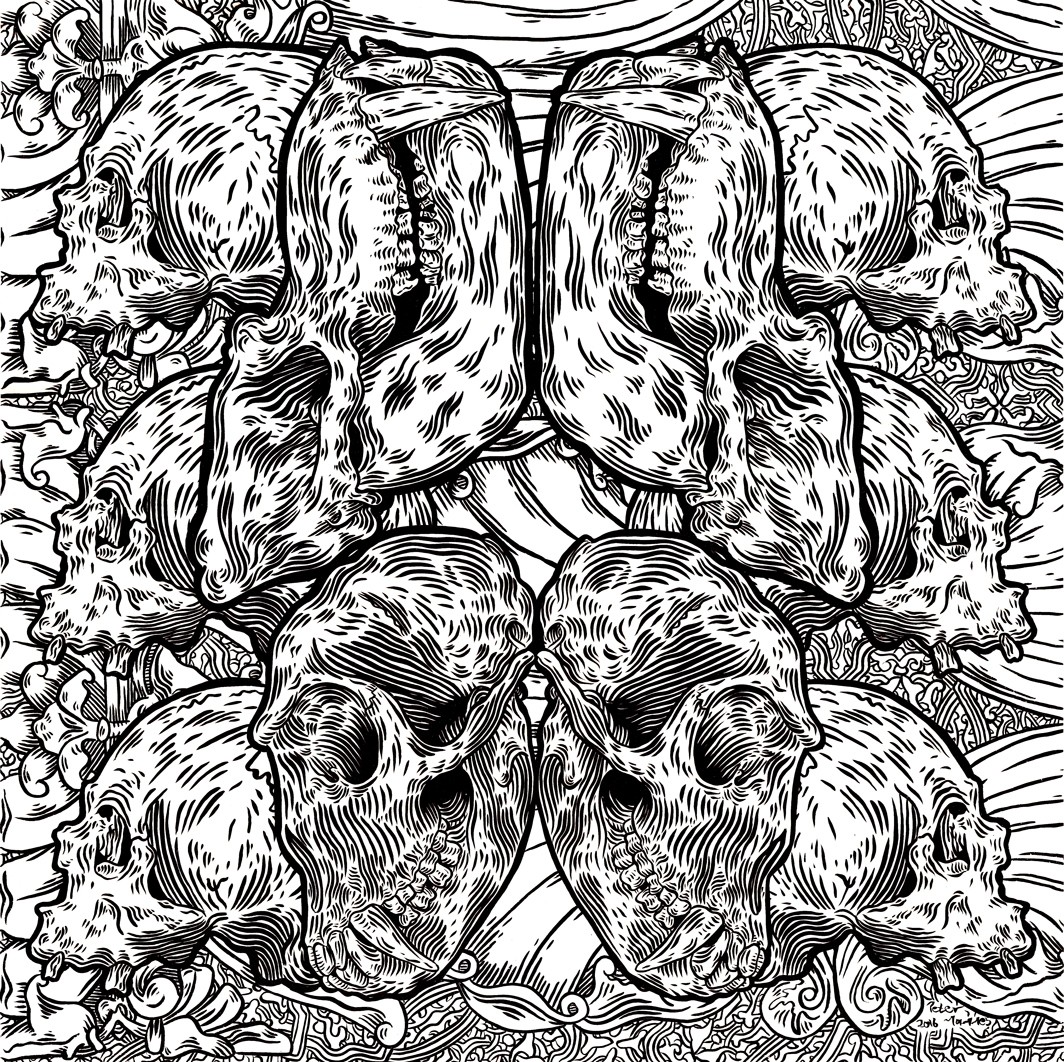 In his Genealogy of Morals Nietzsche made it clear that there is no absolute definition of morality but rather that good and evil, right and wrong, and what these defined was in the hands of the powerful, and their definitions wavered in accordance with their needs.
Ethics, as the branch of knowledge that deals with moral principles, is rendered equally flexible, susceptible to fundamental changes in relation to time, geography and culture. The villain becomes hero and terrorist becomes political icon. 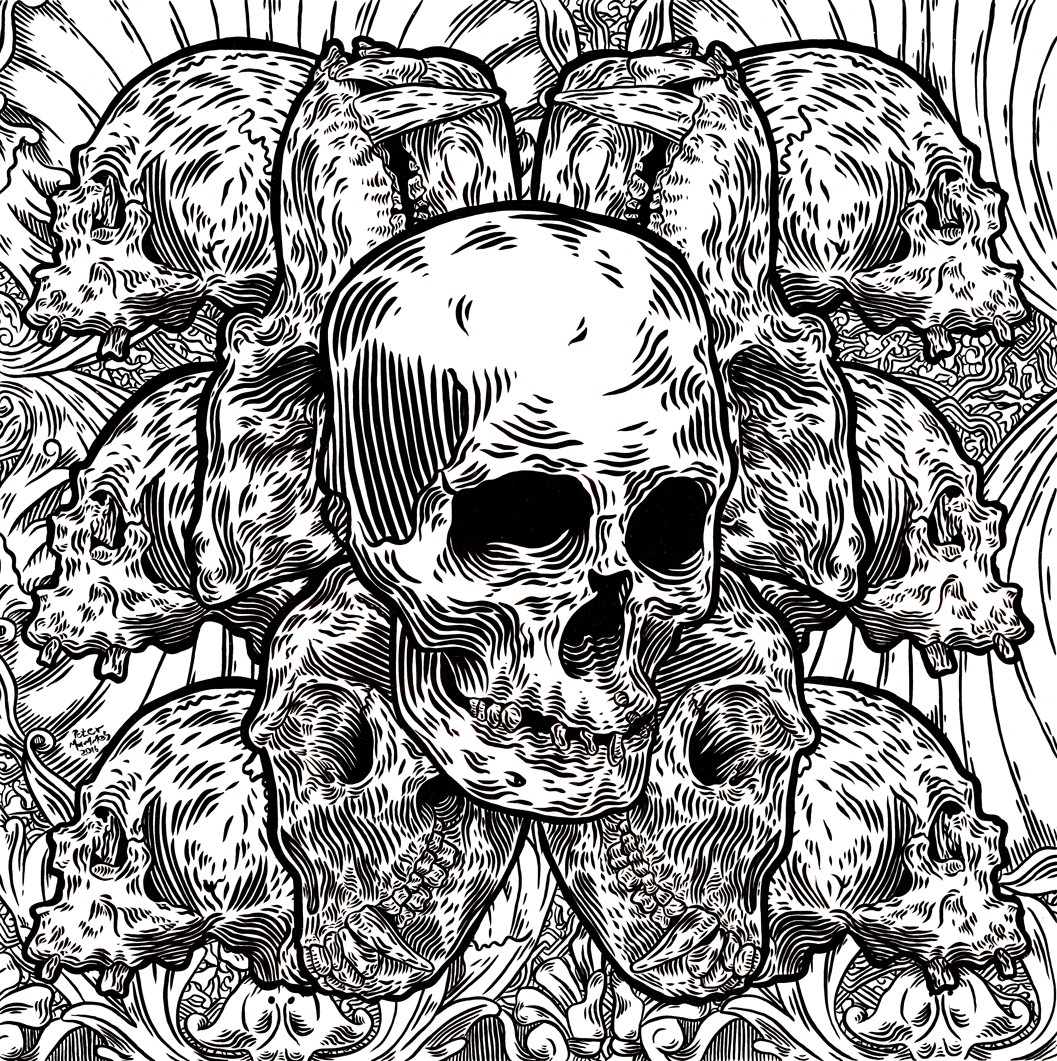 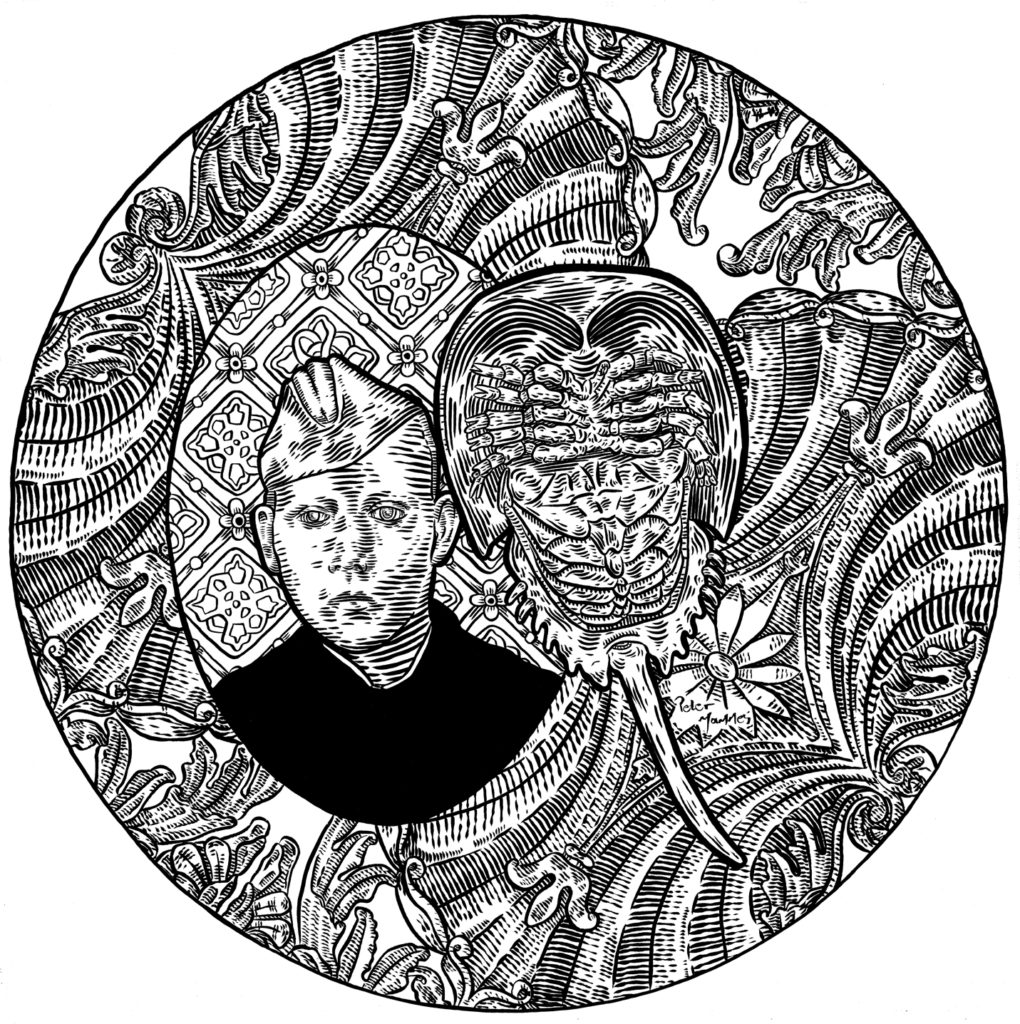 As De Sade said “there is no crime that isn’t a virtue a thousand leagues away”.

Peter’s intricate, pattern based work doesn’t prescribe any ethical platitudes but rather opts to play with the fluid valuations surrounding ethics and morality.  Through the seemingly arbitrary and collage-like juxtapositions of subject, pattern and context Peter conjures up new and surprising relationships of conflict and resolution of his characters. A sense of technical exactitude and high contrast black on white ink drawings, betrays the many grey areas that inhabit these works.

“Drawing is the language of Peter Mammes’ mind. With a painbrush and black ink he contrasts chaos, deformity and the bizarre with intricate patterns and symmetry in works that are layered with meaning. Throughout his extensive travels over the years, Peter has spent time assimilating ideas and imagery from different cultures and these have had a significant impact on his style, approach and choice of subject matter” – between 10 and 5, March 2015

“Mammes is not stating an ultimate truth, he is only leading the viewer to question and discuss this age and societies particular assumptions and taboos. His drawings are simultaneously a critique and homage to dubious figures and sinister subjects that can be interpreted in multiple ways and has purposefully been illustrated in an unambiguous way” – Artthrob August 2014

Peter Mammes was born in Johannesburg in 1986 and has always had an interest in absurdity and the macabre.

He began drawing as a young child and attended the National School of the Arts in Braamfontein where he matriculated in 2004 and subsequently worked as a puppeteer’s apprentice and as a prop maker specialising in making hangman’s nooses for a few theatre productions.

Peter went into hiding for a long period to develop a new technique and style and emerged reinvented with a completely new style of drawing.

Mammes has worked for months in different locations such as Moscow, Russia and more recently in Varanasi, India where one can see open air cremations.

He has exhibited extensively and has had several solo exhibitions. 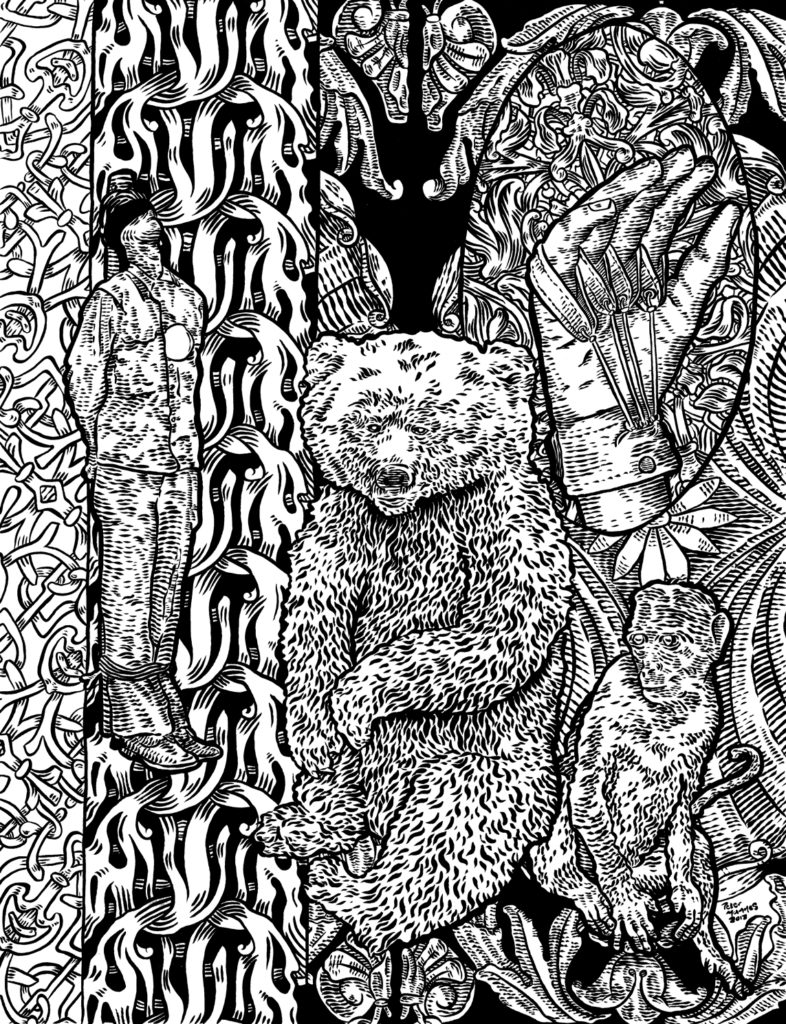 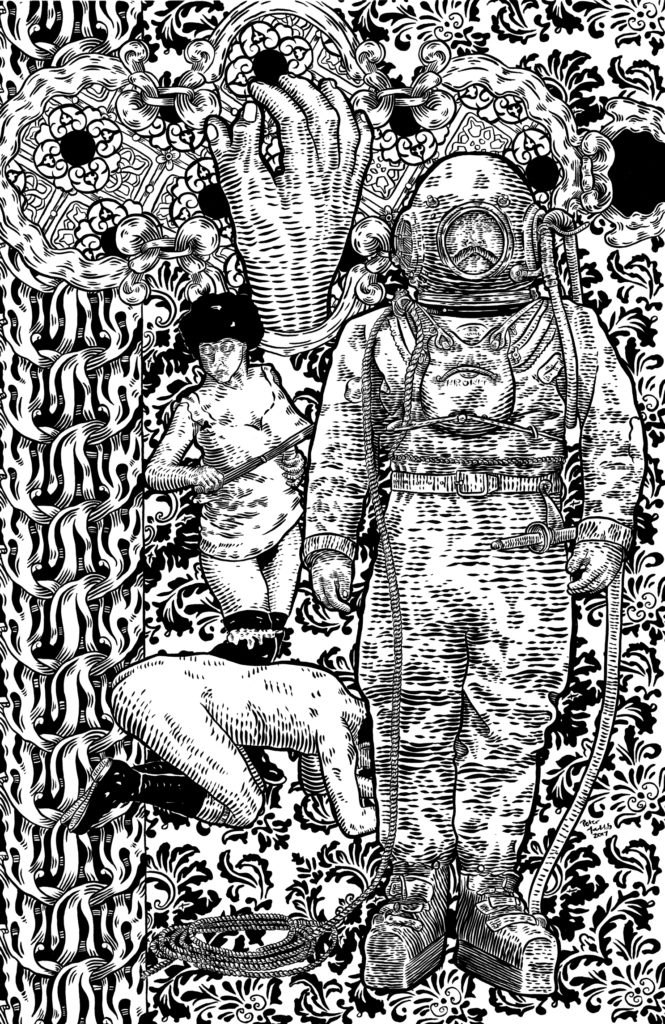 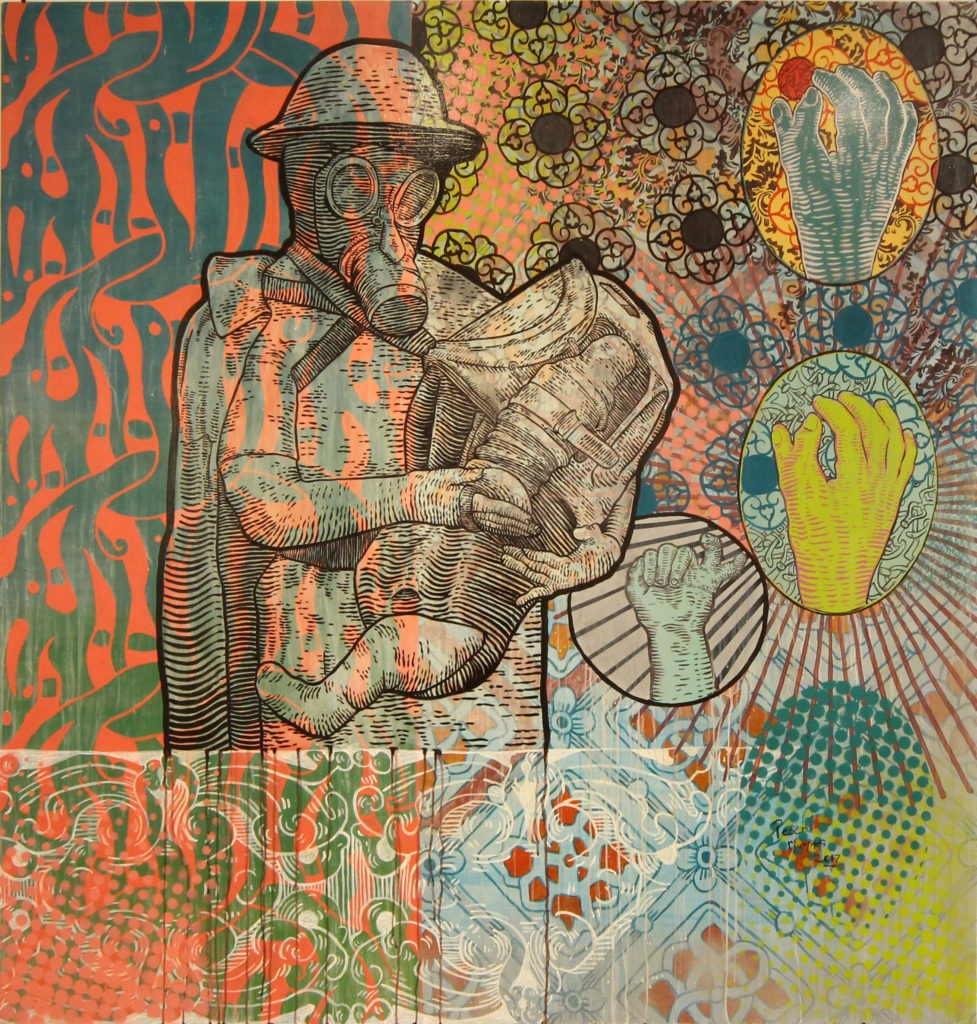