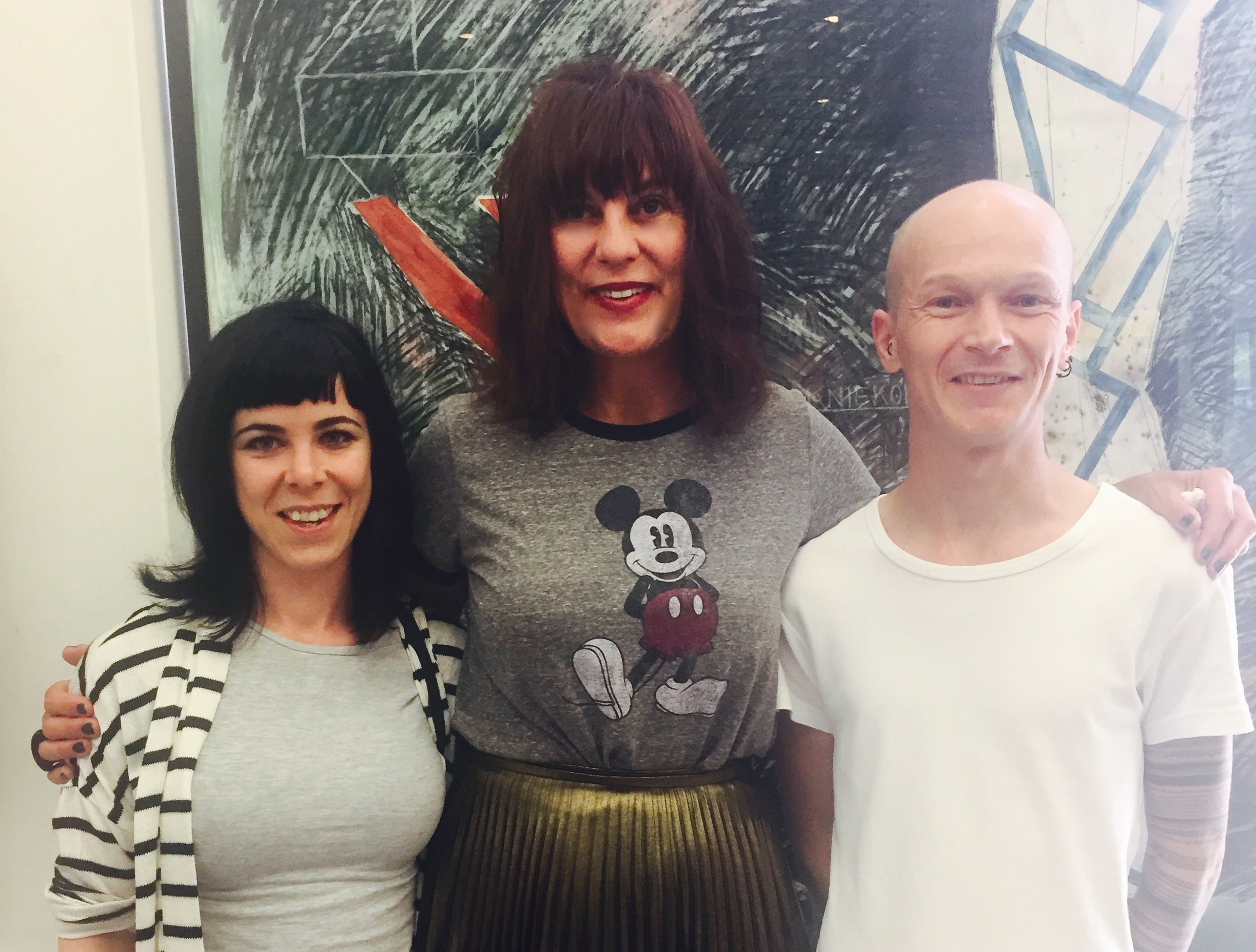 Since we opened our doors in 2014, the Johannesburg art scene has really come into its own. It is diverse, vibrant and well-supported. Priest is positioned on the gallery strip in Rosebank, so we were quickly immersed in the art scene. None of us had any real experience in arts and curating (aside from Cal’s excellent decor skills), which is why we solicited the skills of our newest members to Team Priest, Wayne Matthews and Alison Shaw. Wayne and Alison are both from Port Elizabeth and have a background in art.  Wayne is our gallery director and Alison is assistant curator.

We checked in with them during their first week at Priest to ask them a few questions:

You are both artists. Can you each describe your respective careers in the arts?

Alison: My more formal art studies began at The Nelson Mandela Metropolitan University. During the final year of my degree, I was employed as a gallery assistant at the GFI Art Gallery. There I was given the opportunity to curate my first exhibition for the 2013 National Arts Festival Fringe. Subsequently, I was approached by a local businessman looking to open a contemporary art gallery in Port Elizabeth. 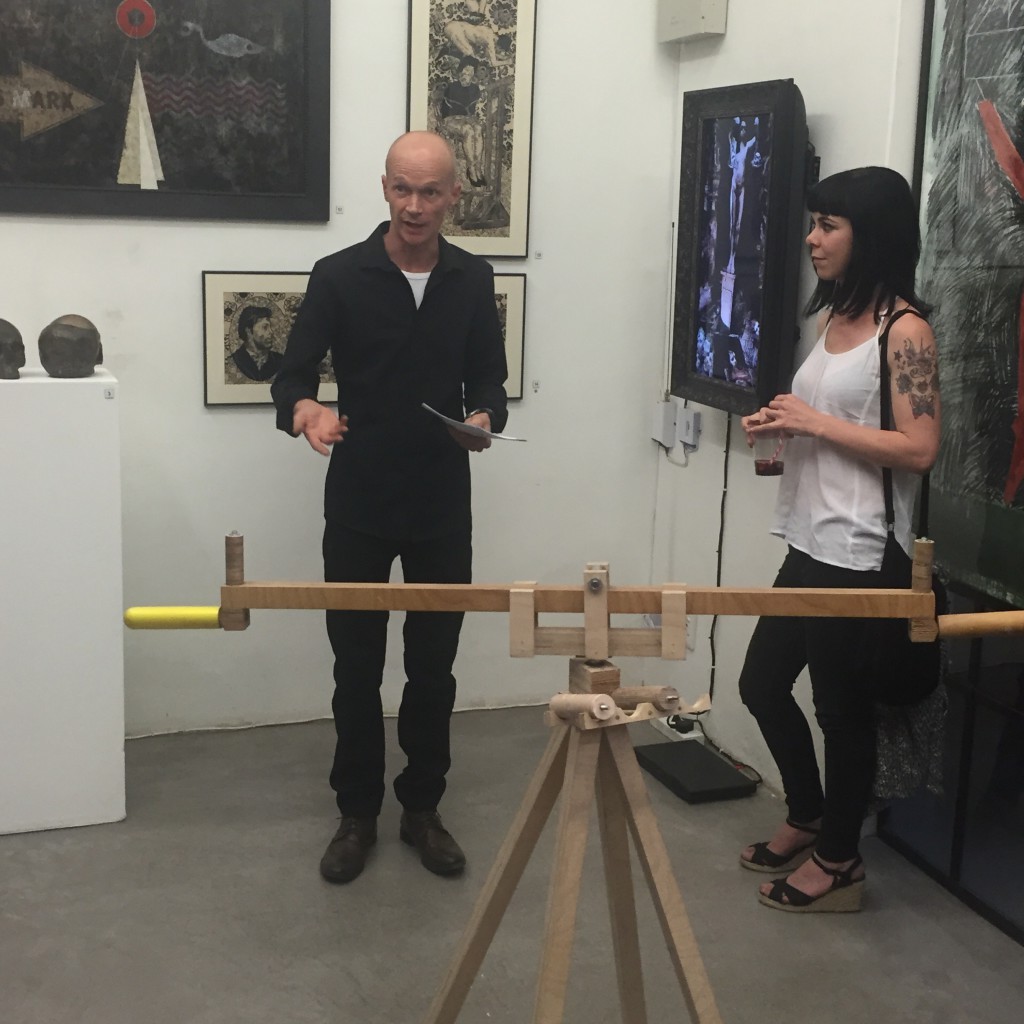 in the development and running of the gallery. In 2014 I was nominated as a board member of ArtEC (Epsac Art Comunnity Centre) Port Elizabeth’s oldest non-profit art organisation. I assisted the gallery manager in most exhibition initiatives.

Throughout this time, as an artist, I have worked predominantly in mixed media and participated in numerous group exhibitions, locally and nationally.

From 2002, I have participated in numerous group exhibitions, both locally and internationally, and have sold work to several anonymous benefactors. During 2007 – a second successful year of entering work for the ABSA l’Atelier – I received a Merit Award for my labours and the labours of my work titled Europa’s Libation.

Since then I have worked at the NMMU as Art Theory and painting lecturer for second year, third year and also B-tech students. My pedagogical exploits then extended to the private sphere, presenting creative writing, drawing and again theory to the entire stratus of enrolled subject.

Through the course of my life I have been exposed to diversity of creative fields, as an exhibiting artist that works across mediums and disciplines, as and lecturer, and finally from 2013 as a gallery manager and young curator.

My hope has consistently been to disseminate perilous ideas regarding the arts shrewdly and to promulgate mixed-media and cross-disciplinary artistic thinking and practice.

Where did you grow up? How did that influence you?

(Alison) was raised in Kabega Park, a conservative, quiet suburb in PE where I attended a Catholic primary school. Christian dramatics, in parallel with middle class comforts, compelled me to keep my hands from being idol by being idolatrous. Without much choice (and little to no complaints) I grew to praise and parody art as both an indulgence and sanctuary for the working class.

Wayne: I was born in 1982 in a grey coal mining town called Vereeniging situated on the sediment of Vaal River in the nether regions of the Gauteng Province. There, faced with grey winters coloured primarily by soot from veld-fires, I sought a richly tinted interior life. Since I have led a rather nomadic existence, frequently moving around the Gauteng area where I remained up to the age of twenty when I temporarily relocated to the Eastern Cape for the duration of my studies. Since then I have lived and worked in Johannesburg, Pretoria and again in Port Elizabeth prior to my latest return to Gauteng. As such, I imagine I am South African, whatever that may mean.

South Africa is a place in perpetual crisis, this means that South African cultural practitioners are for the most part highly critical and reflexive, responding to the dynamics of their context with the creativity that manifests most emphatically in difficult situations.

I believe that art/design should instigate, should affect mental and physical changes in the social, political, cultural and personal bodies (Spheres) and project possibilities as yet unseen. I think the South African creative landscape is squarely situated in just such ‘active’ forms of engagement.

Humour, operational distance and the ability to operate from a distance.

Who are your favourite artists?

Albrecht Durer; for fur linings,
Marcel Duchamp; for Joseph Beuys and the trap,
Joseph Beuys; for Marcel Duchamp and for the warmth of words,
Doris Salcedo; choosing the one and affixing it to the other,
Robert Rauschenberg; for picking another. (And erasing that de Kooning)
Matthias Grunewald; for the ecstasy in ergotism, quivering,
Bernini; for lying just as beautifully,
Kendell Geers; for the word made blood made brick,
Vusi Beauchamp; for braving the catastrophe and 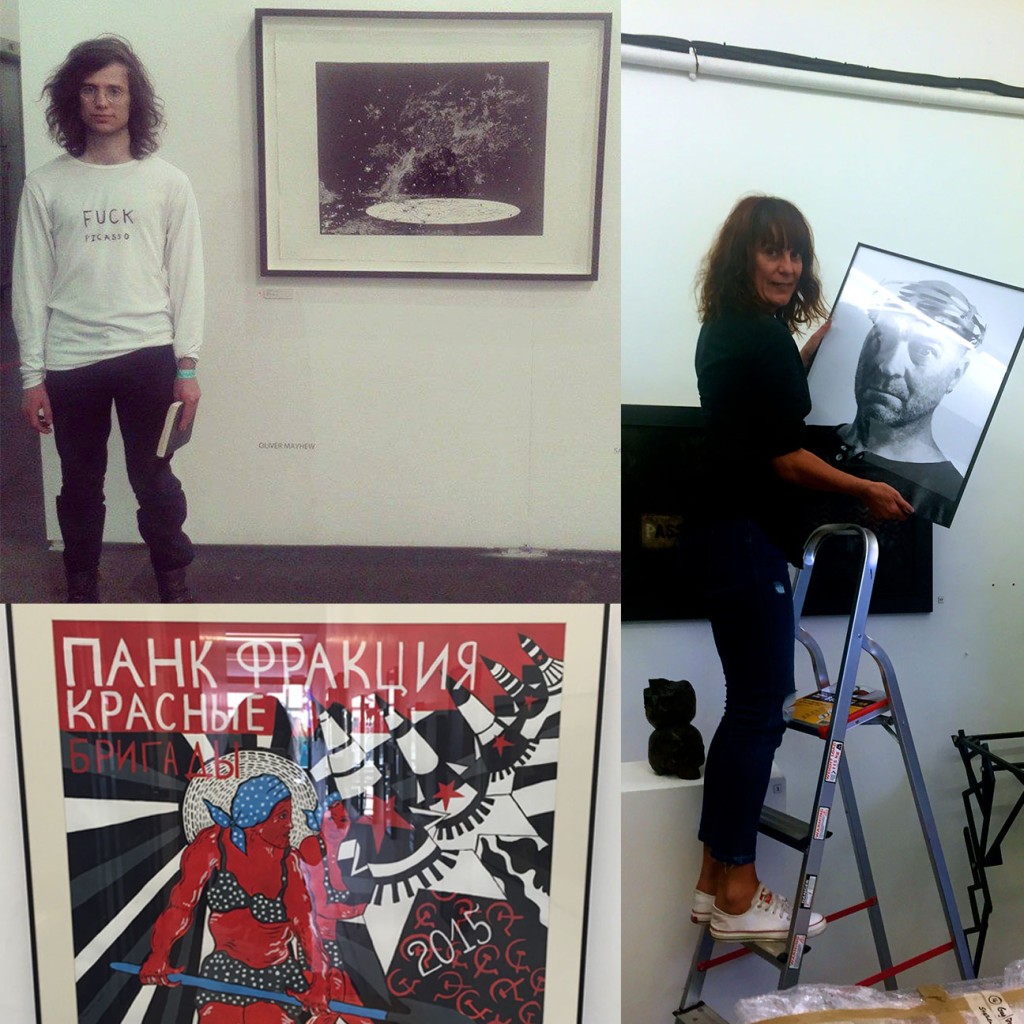 James Reed ; for suspending the sentence,
Rrose Sélavy; for making her absence felt,
Jennifer Ord; for speaking untruth so accurately,
Diane Victor; for speaking truth so pitilessly,
Goya’s disasters of war and
Francis Picabia’s embarrassment!
Hannah Hoch for the abduction,
Flechemuller Jaques; for Avant Retard,
Max Ernst; for rubbing on his knees,
Matthew Barney; Frottage and other erroneous frictions,
Ai Weywey; for revised lessons in perspective,
James Joyce; for not being a visual artist,
Anselm Kiefer; for the weight of time,
Thierry De Cordier; for the high seas,
Robert Morris for our litanies and their cancelation,
Willem Boshof; for carving mystery back into the mundane,
Marina Abramovic for rhythm,
Louise bourgeois; for the flesh,
Hennie V. Der Merwe; for the coats of Cape Mounted Rifles,
Marcel Broothhears; for a different kind of coat,
Gerhard Richter; for the fading memory of his father Hans,
Jan Fabre; The beetles’ promise of an inevitable return,
Chad Roussouw for the sword in the anvil,
Nigel Mullens; at the end of the rainbow,
George Maciunas; for flux sake!

Which new artists have your eye at the moment?

Right now there too many stirrings in the SA art world to select a definitive “NEU” or a definitive list. Here, however, are a number of interesting and innovative artists we would love to see at Priest soon.

What are your first impressions of Jozi?

Jozi is more welcoming than one would imagine, resourceful, innovative and alive.

Give us three examples of great coffee/movie pairings?

Espresso while watching Lost Highway for the 23rd time, it is imperative you stay awake here.
A Latte and Big Lebowski, a penchant for milk.
Espresso Macchiato- Stalker, even starker.
Cappuccino – The Life Aquatic,

“What kind of system is this?

The Nines are out already?

Does this do cappuccino?”

Can you see why we hired them? Welcome, Alison and Wayne. We are so very lucky to have you as part of our team.