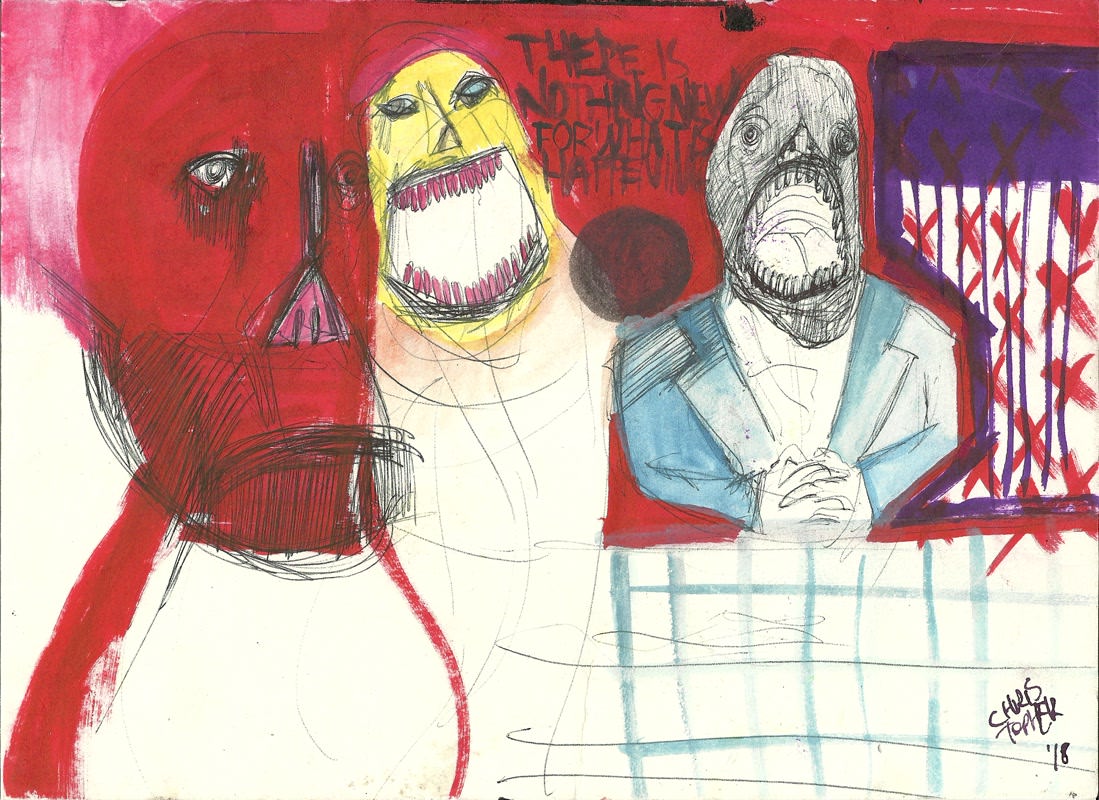 Christopher Steenkamp left a career in art education to pursue stand up comedy and screenwriting but has always had an easel close to his desk. The last 8 years he’s written for Late Nite News with Loyiso Gola, The Bantu Hour, numerous Comedy Central productions and is currently a staff writer for The Daily Show with Trevor Noah’s foreign correspondent Loyiso Madinga. He co-wrote the film Wonder Boy for President. He consults constantly with many of South Africa’s top comedians. He has been nominated for an Emmy, won a SAFTA and been nominated for The South African Comics’ Pen Award.

The freedom he finds in art making is exactly what screenwriting cannot offer. No industry guidelines, no ‘notes from the channel’ and no pitch meetings. The simplicity of creating without restraint or prescription continues to intoxicate him daily. It’s also reflected in his chaotic and layer obsessed process. He pursues mixed media on a myriad of mediums to indulge line’s ability to depict energetic compositions.

He’s an obsessive art maker, a perfect day consists of writing in the morning, painting and drawing all afternoon, while the evenings are for books and film. 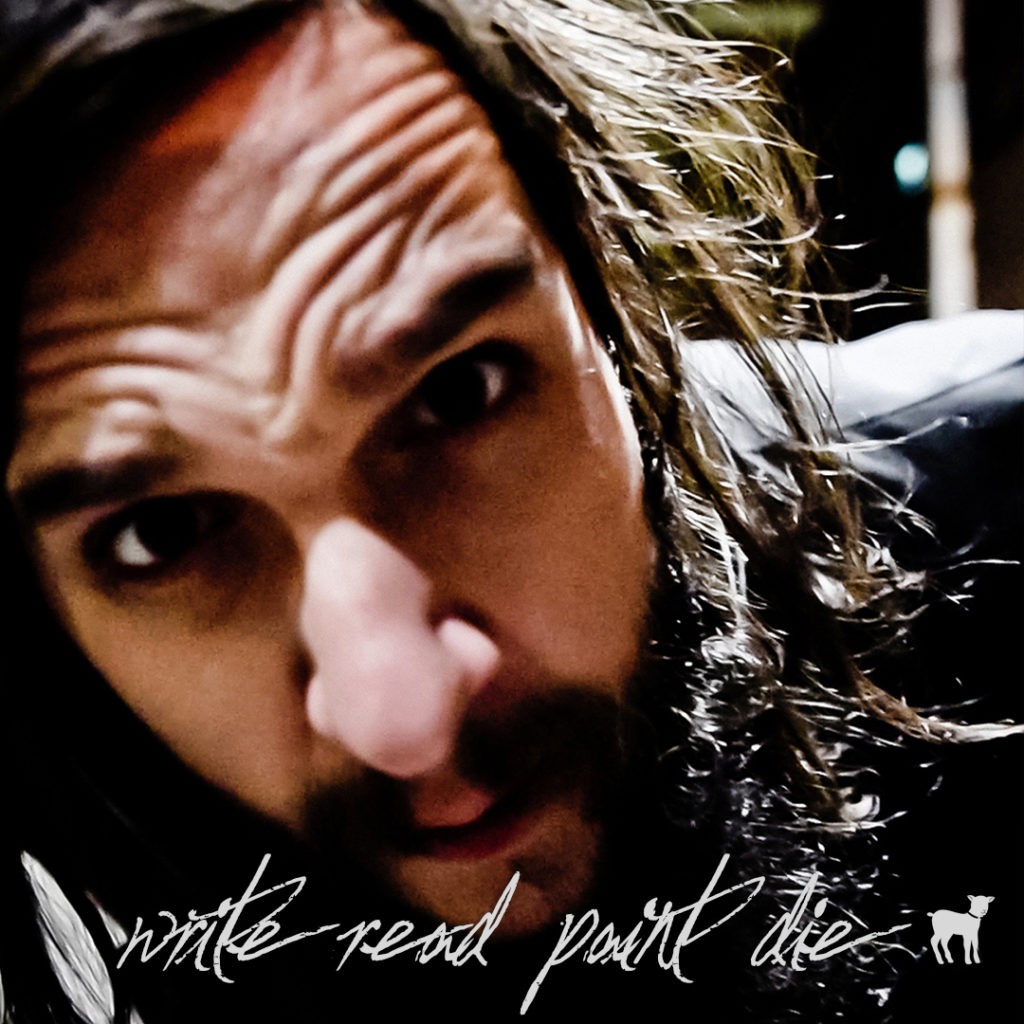